Protect Yourself and Your Assets

Protect Your Assets, Establish Your Rights

No one wants to go into their marriage already thinking about divorce. The truth, however, is that about one half of all marriages in America will end in divorce or separation. A prenuptial agreement, commonly referred to as a “prenup,” is a private contract signed by a couple prior to marriage that enables them to select and control their legal and financial rights in the case of a divorce. While prenuptial agreements were once considered merely a way for the wealthy to protect their assets, today even couples with modest means are seeking prenups in order to ensure that all their financial cards are on the table before walking down the aisle.

What Issues Can Prenups Cover in Michigan?

Not Just for the Rich and Famous

Often, when we think of prenuptial agreements, we think of wealthy individuals safeguarding their assets against their low- or non-earning spouse. The truth, however, is that anyone getting married should consider getting a prenuptial agreement, no matter how modest their assets. In fact, prenuptial agreements are becoming increasingly popular among millennials. This is because Americans are generally marrying later in life, accumulating more assets and debts before marriage. Additionally, women have much more earning potential than they did in the past. A prenuptial agreement guarantees that you, not the state, control the division of the assets you worked hard for in the case of divorce.

Prenuptial agreements can also help you avoid the financial and emotional strains of divorce litigation or mediation, should your marriage come to that. By outlining many of the contentious issues addressed in divorce proceedings — such as spousal support, property division, and more — ahead of time, it means that you’ll have to spend less time and money doing so during an already difficult time. It’s important to note that Michigan law does not allow child support and custody (with the exception of children from prior relationships) to be determined in prenuptial agreements; rather, these issues must be resolved at the time of the divorce. 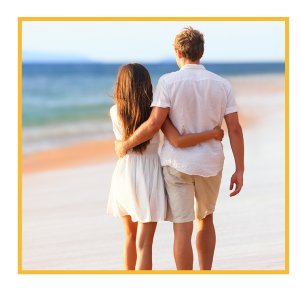 While creating a prenuptial agreement is a fairly straightforward process, there are several common yet avoidable mistakes. Many couples attempt to craft their own prenuptial agreements, with potentially catastrophic results. That’s why we always recommend hiring an experienced divorce lawyer, such as David C. Sarnacki, to help you create your prenuptial agreement. Mr. Sarnacki has the experience and knowledge you need to ensure that the wishes of both parties are reflected in your prenuptial agreement, helping to not only protect you should the worst occur, but also set your marriage up for success with an open line of communication. Contact Sarnacki Law Firm in Grand Rapids today to get started!